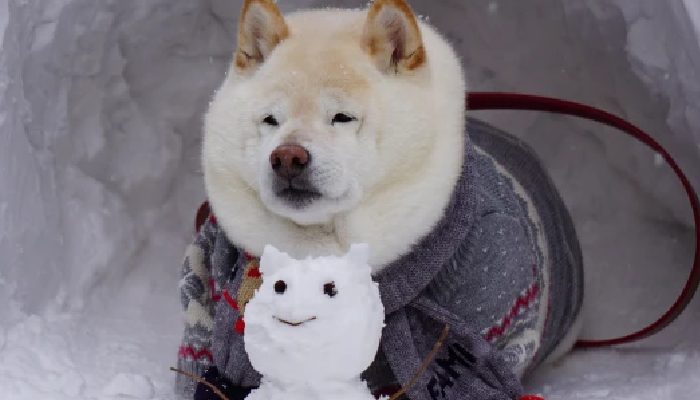 A woman has shared how she gathers her old Shiba Inu an igloo to unwind in each colder season since her canine loves the snow so much.

The pair have an adorable practice that sees 14-year-old Kuyu get her own unique igloo each year when the snow comes.They are the funniest and adorable friends. 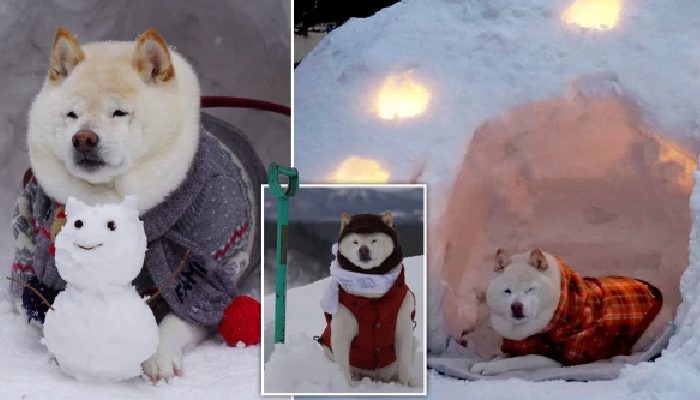 The white canine loves to hang out in her little frozen houses, with Tohish’s partners saying Kuyu looks like a big bear.

‘Kuyu appreciates playing different snow exercises,’ Tohish made sense of. ‘Consistently, I make an igloo for her, and individuals remark she resembles a polar bear.’ 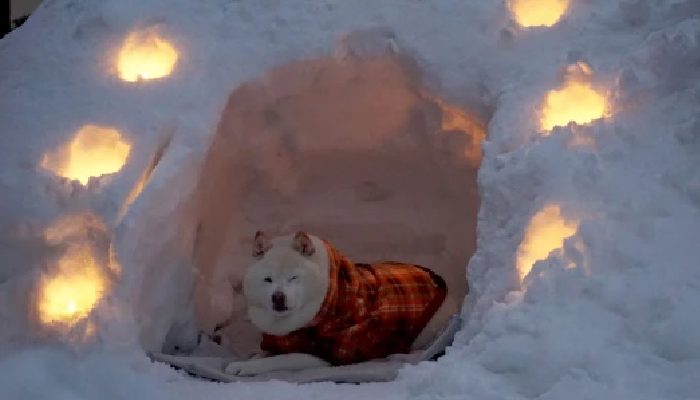 In one scene, Kuyu is shown sitting easily on a cover in the snow, wearing a coat to keep warm.

The twisted dividers of the igloo stand taller than her and it has what appears, apparently, to be candles settled along the top — snappy.

‘I have similarly dressed her up as a panda and taken photographs of her inside the igloo,’ Tohish said, ‘which was adorable.’