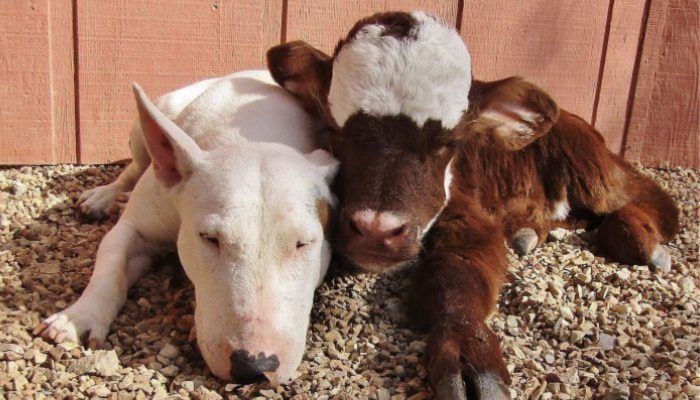 The youthful Moola cow was taken on by a salvage association.

Moola is a cow since she is the dearest companion of the 12 canines on the ranch. 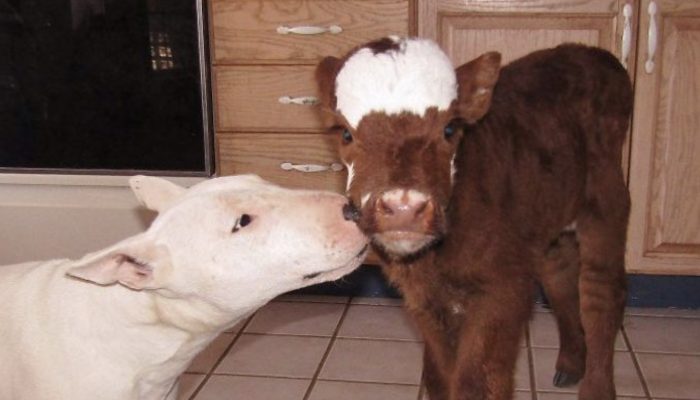 Moola was obtained at an animal sale and brought to the ranch.

She was little for a calf of her age. In addition, it is uncommon to see cows of this type being sold at closeout. 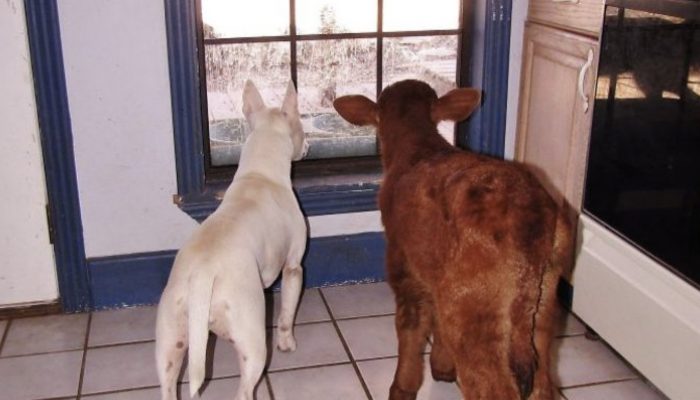 An old mate purchased a small scale cow and carried her to a safe-haven for different creatures. Since she is still dependent on milk, Moola is kept inside the house as opposed to in the field with different cows. 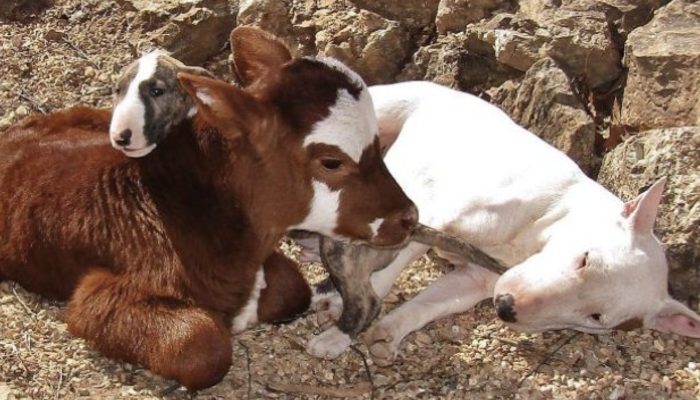 She adores being around youngsters and is quickly kind to Moola. Moola presumably began considering herself one of the canines following a month and a half of living with them.

Be that as it may, she was simply acquainted with one more saved calf and momentarily left in the sun.

It is Wolf’s expectation that Moola will presently realize that she is as yet a cow.