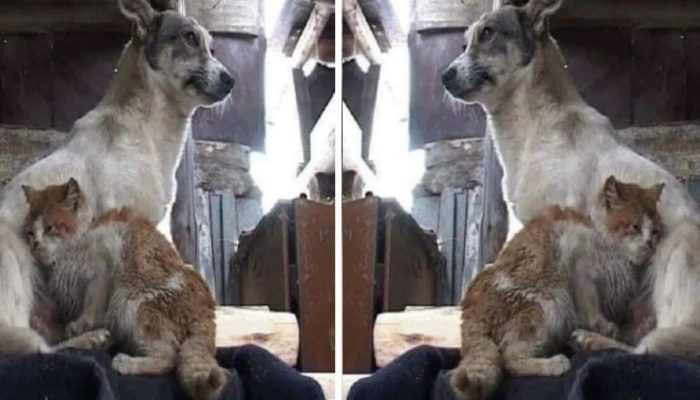 In 2015, a few creatures — a feline and a canine — showed up in a stable close to the town of Novo-Talitsy. Neighborhood laborers gathered lost creatures and immediately became individuals from the group.

Somebody even made a camp bed for the creatures — the two creatures rested there, clustered against one another. 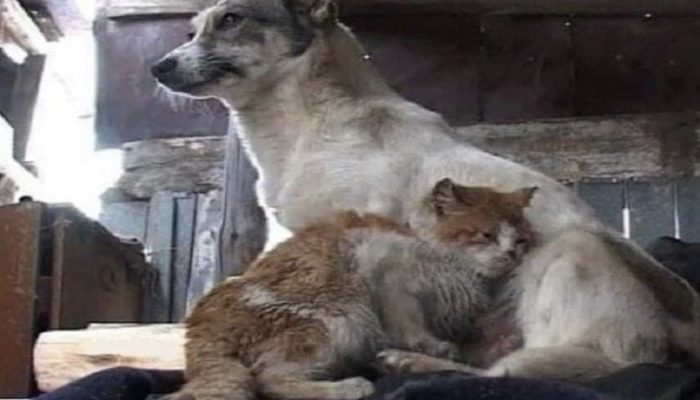 Albeit many individuals had some awareness of the couple’s presence, nobody needed to eliminate the unfortunate animals from the neglected outbuilding.

Their once agreeable existence with food and care was at this point not the equivalent for pets. From here on out, they need to deal with their own food. 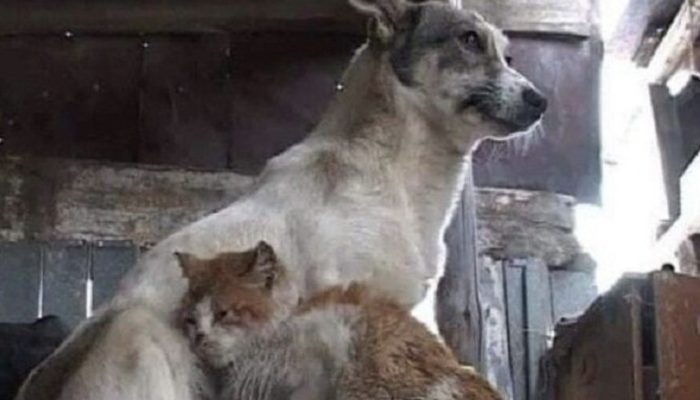 Generous individuals had carried new sheet material to make a bed for the creatures, yet could this shield them from the freezing cold?

Toward the finish of December, a gathering of youngsters from the town strolled and, not surprisingly, their consideration was attracted to the remnants of the outbuilding. They chose to see what was there.

The organization took some photographs and posted them on informal communities and the following day, December 31, 18, the family came to get the feline and canine.