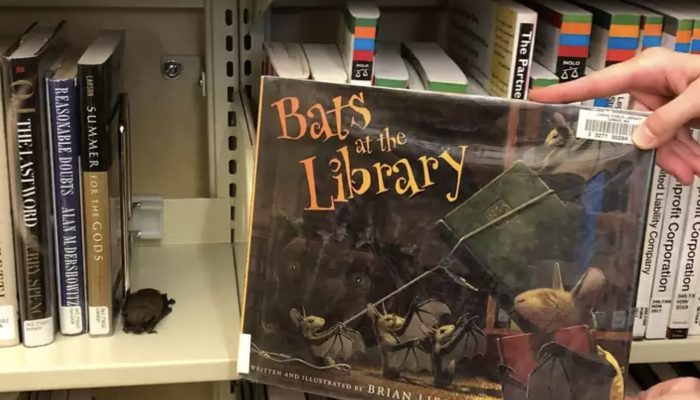 In June, a Public Library librarian was shelving books when she saw a sleeping creature in a quiet area.

It was strange to find someone sleeping there. 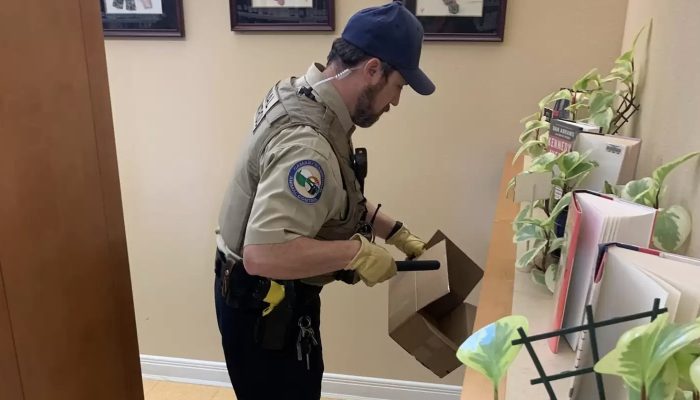 Officer Brew arrived 10 m. after Jack called animal control. He agreed to let us to take a photo the bat with Brian’s book «Bats at the Library.» Brew then placed the creature carefully in a box before quickly leaving.

It’s still unknown how the creature got into the library to nap. 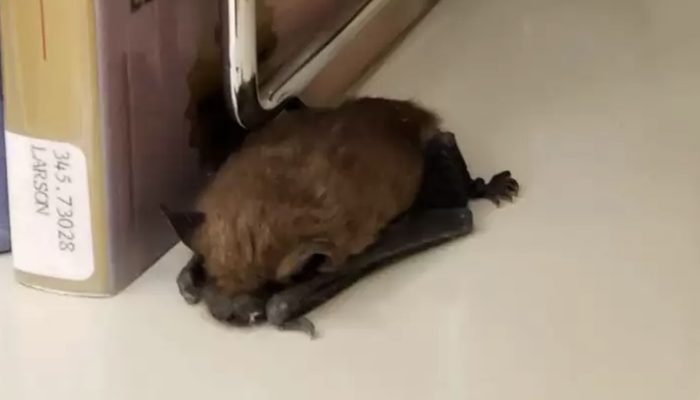 They are welcomed creatures in some Portuguese libraries because they eat insects that would on the other hand eat old manuscripts.

The small bat was got back into the wild.

Staff at the library have seen squirrel in the Story time room, bat on the bookshelves, early visits from deer waiting to open doors for them, felines, and other creatures.

The library welcomes all visitors and looks forward to sharing the joy of reading with them. «We live in a lovely and beautuful small town,» they mentioned.